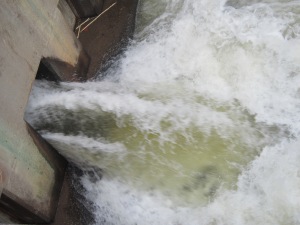 Last week we saw a tremendous outpouring of posts and tweets and information dissemination on the topic of water security in conjunction with World Water Day (March 22, 2014).  Rightly so, as water is without doubt our most precious resource.  Several great infographics provided tremendous visual impact on the myriad issues related to water security.  And yet one specific problem remains that does not get the necessary attention — the lack of investment in water infrastructure to reduce waste, increase reliability, and promote conservation and sustainable usage.  As Tercek and Adams note in Nature’s Fortune, “the systems that deliver water are literally crumbling beneath our feet.”  In many cases these are systems that have been in place for roughly one hundred years and are well beyond their intended useful life. They can’t, and won’t, last forever.

Getting the support for infrastructure investment is hard.  It’s expensive.  It’s disruptive.  It’s long-term, and it takes much planning and coordination among multiple stakeholders.  Competition for public funds is intense.  Complicating the matter is the fact that current systems generally “work” well — in the Western world we get high quality water with a high degree of reliability.  Further, much water infrastructure is underground — leading to the “out of sight, out of mind” problem.  We don’t easily see the deterioration in pipes and the associated leakage, hence the problem of aging water infrastructure is not suitably addressed.  The deterioration of our water infrastructure is a critical problem.  As Jeff Sterba of American Water notes in a BusinessWeek panel discussion, we lose approximately seven billion gallons of treated water per day in the US due to leakage.  This problem exists around the globe as well.  In a 2011 report, McKinsey notes that the leakage rate in the UK is 25%, while also pointing out that stopping leaks could reduce municipal demand for water in India by 26%.  Such figures indicate that substantial opportunities exist for water savings across the globe by reducing leakage in both developed and developing countries.  Achieving such savings is critically important, as McKinsey notes in a separate report that with continued pressure from population and economic growth water supplies might meet only 60 percent of global demand for water in 2030 — just over 15 years from now.

Leading efforts to enhance water sustainability involves upgrading infrastructure to limit losses from leakage.  Delaying these upgrades increases water loss and will likely lead to higher costs in the long run.  Embracing them provides the opportunity to improve the long-term reliability of our water systems, promote conservation, and create valuable jobs.  Decisions about long-term investments in water systems — both gray and green — involve hard choices.  Going forward, they will require new thinking in terms of how we use, and value, water.  But we can’t continue to put off the needed investments to improve the efficiency of water infrastructure.  There is need for a whole “wave” of public-private partnerships in this arena to address the projected demand and supply imbalance by 2030.  The outpouring of information from stakeholders around the globe on World Water Day should inspire us to bring such partnerships to fruition.