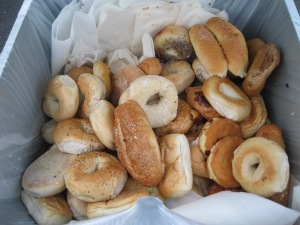 A few months ago I was struck by a Wall Street Journal article by Amy Westervelt entitled “We’re Green (but Let’s Not Say That Too Loud).”  Westervelt noted that the national mood toward environmentally-friendly products has been shifting over the last ten years and pointed to a disturbing trend:  consumers are not only showing less interest in “green” products, but the “eco-friendly” label can actually elicit negative feelings.  As a result, some companies have shifted away from promoting sustainable ingredients and production methods in favor of other themes — such as performance, convenience, and health benefits.  Indeed, the article included a comment from Annie Longsworth — CEO of Saatchi and Saatchi S (a sustainability branding organization) — who noted that consumers soured on the green concept at about the same time as the start of the most recent recession.  Longsworth also pointed out that when choosing between two products with the same price, many consumers will now choose the brand that they know rather than the eco-friendly option.

This is disturbing news, and my first thought when considering it with respect to resource utilization (and specifically food waste) was that it is the opposite of the type of thinking that we should be encouraging in the food sector.  We need food producers and retailers actively engaged in efforts to reduce food waste — and promoting those efforts.  And we need consumers to reward them.  Here’s why.  With a rapidly growing population, and an increasingly affluent middle class that demands more products such as meat, we are experiencing increased pressure on the world’s resources – especially all of the critical resources that go into producing food.  And, as McKinsey Consulting notes in its 2011 Resource Revolution report, those resources are increasingly linked.  Further, the World Wildlife Fund’s 2014 Living Planet report noted that the world’s ecological footprint (the area and resources required to produce all of the goods and services that global citizens consume in a year) is currently at 1.5.  In other words, “1.5 Earth’s would be required to meet the demands humanity currently makes on nature.”  Combine all of these themes and you get the picture:  we can’t continue to operate as we are and expect to successfully feed 9 billion people by 2050 while ensuring a safe, well-functioning environment for future generations.  Business as usual won’t work.  We can’t assume an inexhaustible supply of resources when we know they are finite, and we can’t continue to exceed the ecological carrying capacity of the Earth.  We need to adopt resource optimization approaches, and we need to embrace more circular production processes where outputs from one process become inputs to another.  Doing so should involve playing “up” green efforts rather than playing them down.

Reducing food waste is a critical change that needs to take place in the US and developed countries with urgency.  It will require partnerships between business, research institutions, and government, but what it really needs now is engaged consumers driving change through the food supply chain.  At our recent conference at the University of Pennsylvania in December (The Last Food Mile) which viewed food loss and waste across the U.S. supply chain, Andrew Shakman of LeanPath commented that with the recent uptick in interest among consumers regarding the source of their food, it is a natural progression for consumers to also start asking restaurants to be transparent about how they handle excess food.  Do they donate it?  Do they compost it?  Do they take steps to minimize food waste up front?  Shakman makes a great point.  Such interest on the part of consumers in the restaurant sector can only help to drive efforts to reduce food waste, and it should be encouraged.  More importantly, we need to extend that theme to the retail sector.  To really spur change to reduce food wastage in the U.S. supply chain, we need consumers to drive the train by pushing retailers to minimize waste, being more accepting of imperfectly-sized and shaped produce (indeed, by pushing for a separate product category for less expensive, irregular produce), reducing expectations of 24×7 abundance in multiple fresh food categories (such as breads and baked goods), insisting on responsible repurposing (or disposal) of excess food, and rewarding retailers who demonstrate plans and commitment to minimizing waste and optimizing use of food resources.  In short, we need an educated consumer base asking retailers what they are doing to minimize food waste, not an ambivalent consumer base that leads retailers to avoid, or even play down, efforts to optimize food resources.

There is a need to raise awareness among consumers about the downside of food waste, and that process is underway.  It will be a long-term effort.  But there is no need for retailers to wait for consumers to push them.  In fact, responsible retailers can seize the opportunity to gain competitive advantage by helping to educate consumers now — and by playing up sustainability initiatives to reduce waste and optimize use of food resources.