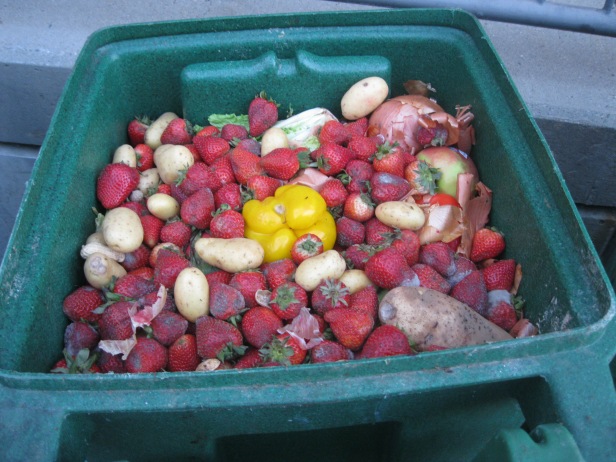 As noted last month, awareness of the scope and scale of the food waste challenge is on the rise – driven at the global level by Target 12.3 of the UN Sustainable Development Goals.  And that’s highly encouraging given the need for urgent change to reduce – and prevent – food waste in order to accelerate meaningful progress toward Climate goals.  New programs are catching on.  For example, in addition to leading the Champions 12.3 effort, the World Resources Institute (WRI) recently created the Office Food Waste Challenge – encouraging organizations at all levels to take on the Target-Measure-Act approach toward reducing food waste.

And despite a long void on meaningful action on food waste at the Federal level in the U.S., many great things are happening at the state level.  The Harvard Food Law and Policy Clinic noted late last year that over 90 pieces of food waste legislation had been proposed in over 30 states, 22 of which had passed into law.  California is playing a leading role with Senate Bill 1383, which calls for a 50% reduction in organic waste going to landfills (from a 2014 baseline) by 2020, and a 75% reduction by 2025.  The bill also calls for recovery of 20% of currently discarded excess edible food for human consumption.  Note the significance of that phrasing – excess edible food.  That term recognizes the value of food as a resource to optimized – and where I am headed here.

Such landmark legislation is likely to lead to more in other states, which is also extremely positive.  New York State, for example, just passed legislation geared toward recovering excess edible food for human consumption while reducing the amount of food waste going to landfills – where it creates methane emissions which contribute to global warming.  As noted by the Natural Resources Defense Council (NRDC), large generators of food waste in New York will be required to separate excess edible food for human consumption, while recycling remaining inedible food items.  NRDC notes that this could keep 250,000 tons of food waste out of landfills annually.

As with California’s legislation, New York’s effort – dubbed the Food Donation and Food Scraps Recycling Act – is also highly encouraging.  But I feel the need to pause here and comment on the name, because as noted previously on this blog, words matter, and there’s an important point to be made in that regard.

Those who have been engaged in finding solutions to the global food waste challenge are well-familiar with the notion that that in this space, words really matter.  For example, while often used interchangeably, “food waste” and “food loss” have very distinct meanings.  Food loss refers to food that perished between the farm and the market.  It may have been destroyed by pests or weather, it may have perished in the field due to inadequate harvesting technology, or it may have gone bad in transit from farm to fork due to lack of proper refrigeration.  Food loss is a large problem in the developing world, resulting from underdeveloped infrastructure and distribution capability and/or insufficient cooling and storage facilities.  In any case, the term typically implies that the loss of food is beyond human control.

Food waste typically refers to food that made it through the supply chain to market, but was discarded between market and consumer for myriad reasons related to overpurchasing, confusion over date labels, lack of planning and effort to utilize purchases, a bias toward “perfect” produce, finicky consumers – and many other factors relating to a culture of abundance around food in developed countries like the U.S.  Our food is relatively inexpensive, it surrounds us, and it is easily replaced — thus we tend to value it less and waste it with ease.  Importantly, unlike with food loss, there’s an implicit assignment of responsibility implied by food waste.  The term connotes that we had the food in hand (or staged at market) – after a lengthy production and distribution process – and we ultimately failed to ensure that it was consumed.  We blew it.  And all too often, we exacerbated that failure by sending that waste to landfill, where it causes further harm to the planet.  The association with “blame” in food waste – the consequence of inaction – is significant.

I’ve commented on the importance of our word choices related to food previously (in this post, for example, I mentioned the downside of introducing “angry” words into the mix).  We are already too disconnected from our food, so we should avoid using words that cheapen it or in any way make it easier for us to waste it.

We know that our words matter when it comes to wasting food.  In a recent study at Ohio State University, for example, when participants learned that their plate waste would be composted, their food waste increased – because they felt their waste was no longer as harmful.  In other words, the participants heard the world “compost’ – and their specific association with the term changed their behavior.

Let’s take this back to the recent NY State legislation – the Food Donation and Food Scrap Recycling Act.

I feel compelled to weigh in on the name.  To be honest, I’ve never liked the term “food scraps” because of the association it generates.  “Scrap” implies “small” and worthless, unappetizing pieces of food.  With that type of association, we as consumers are not likely to go the extra mile to best utilize it – and yet that’s exactly what we need to be doing.  We’re in the very early stages of a massive behavior change campaign to optimize use of our food resources – and we need all the help we can get to drive change to our entrenched food wasting behaviors.

To me, the word “scrap” hurts that effort.  Merriam-Webster defines scrap as “fragments of discarded or leftover food.”  As a transitive verb, scrap means “to abandon or get rid of as no longer of enough worth or effectiveness to retain.”  While working to drive our massive behavior change effort around properly valuing food, these are precisely the wrong kinds of definitions and associations that we should be making – especially when the most important focus of food recovery efforts is to feed people.  As Doug Rauch of Daily Table notes, no one wants a plate of food waste.

Still other definitional terms are “shed” and “slough” and “discard” – which imply “the letting go of or throwing away of what has become useless or superfluous.”  Again, clearly not the themes we want to promote.

So my recommendation for New York is to rename the Act so that it maximizes associations that drive individuals to act positively regarding excess food.  How about the “Food Donation and Excess Food Recovery Act“?  Or better yet, the “Excess Food Donation and Recycling Act.”  Or better still, the “Excess Food Optimization Act.”  The key point here is that “excess food” implies value.  It indicates that we have a chance to do something with one of our most valuable resources – our food – and it begs the question: “What actions will we take to optimize its use?”

We don’t want to “scrap” excess food.  Given that we’ve already produced it, and utilized multiple resources along the food supply chain to bring it to market, we definitely want to put it to its best possible use.  Continuing to waste our food at current levels is clearly unsustainable.

In short, we need to optimize our food resources – putting them to their best possible use at all times depending on the situation.  And to do that, we need to use the proper terms to accelerate the value change process.  We need to start using the terms “optimize” and “food resources” much more.  And we want to use the term “excess food” – because it implies that we need to take some kind of intentional action to reduce food waste (or prevent food waste from recurring).

So while the regulatory landscape continues to evolve in a favorable manner, and we’re seeing more discussion (and action) on banning food from landfills, let’s think more about how we can a) prevent both food loss and waste globally in the first place, b) maximize efficient efforts to recover healthy excess food for people, and c) reduce the severe climate and environmental aspects of the continued cycle of overproduction and landfill.

And while we’re at it, let’s also ban the use of the term “food scraps.”  It hinders our needed change process by cheapening and devaluing our view of what are highly valuable excess food resources – resources that, like any other, we should seek to optimize at all times.